MICHAEL POLLAN'S 'HOW TO CHANGE YOUR MIND' ARRIVES ON NETFLIX

The first trailer for Netflix’s new four-part documentary series How to Change Your Mind has been released.

New York Times best-selling author Michael Pollan’s 2018 book How to Change Your Mind: What the New Science of Psychedelics Teaches Us About Consciousness, Dying, Addiction, Depression, and Transcendence is being adapted by Academy Award winner Alex Gibney. The documentary series, like the book, aims to inform viewers about a lesser-known side effect of some psychedelic drugs. The New York Times Book Review called Pollan’s work “gripping and startling… makes losing one’s mind sound like the sanest thing a person could do.” The series will be broken into four 50-minute episodes, similar to how the book is divided into six chapters and an epilogue. Each episode will focus on a different type of mind-altering substance, such as LSD, psilocybin, MDMA, or mescaline.

Alison Ellwood, an Emmy nominee, and Lucy Walker, a two-time Academy Award nominee, are directing this Netflix series where Pollan guides viewers on a voyage to the boundaries of the current Psychedelic Renaissance, not to mention the hardly acknowledged historical backdrop, to investigate the potential of these chemicals to deliver medicinal benefits and transform minds as well as culture. People’s perceptions of psychedelic drugs have shifted over time, but there is still a lot the general public doesn’t know or believes about these substances.

These documantaries focus on putting up the series’ foundations, indicating that we will learn about good elements of these four medications that we are likely unaware of. The film features interviews with both professional scientists and those who have suffered from mental diseases such as PTSD and have had life-altering experiences as a result of these medications.

The first chapter of the documentary will be released on Netflix  on July 12. In the meantime, check out the trailer here: 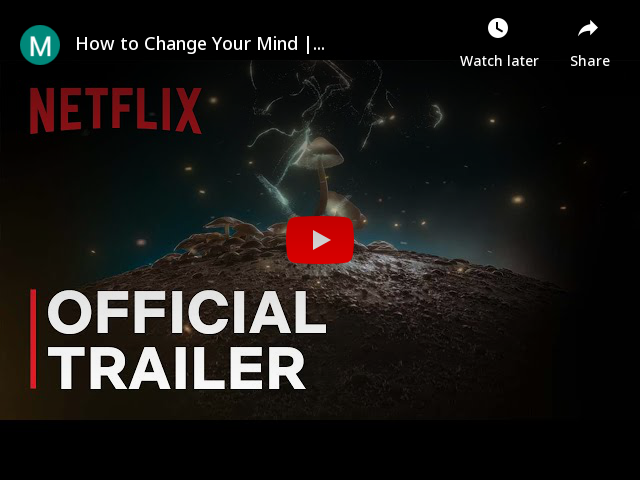